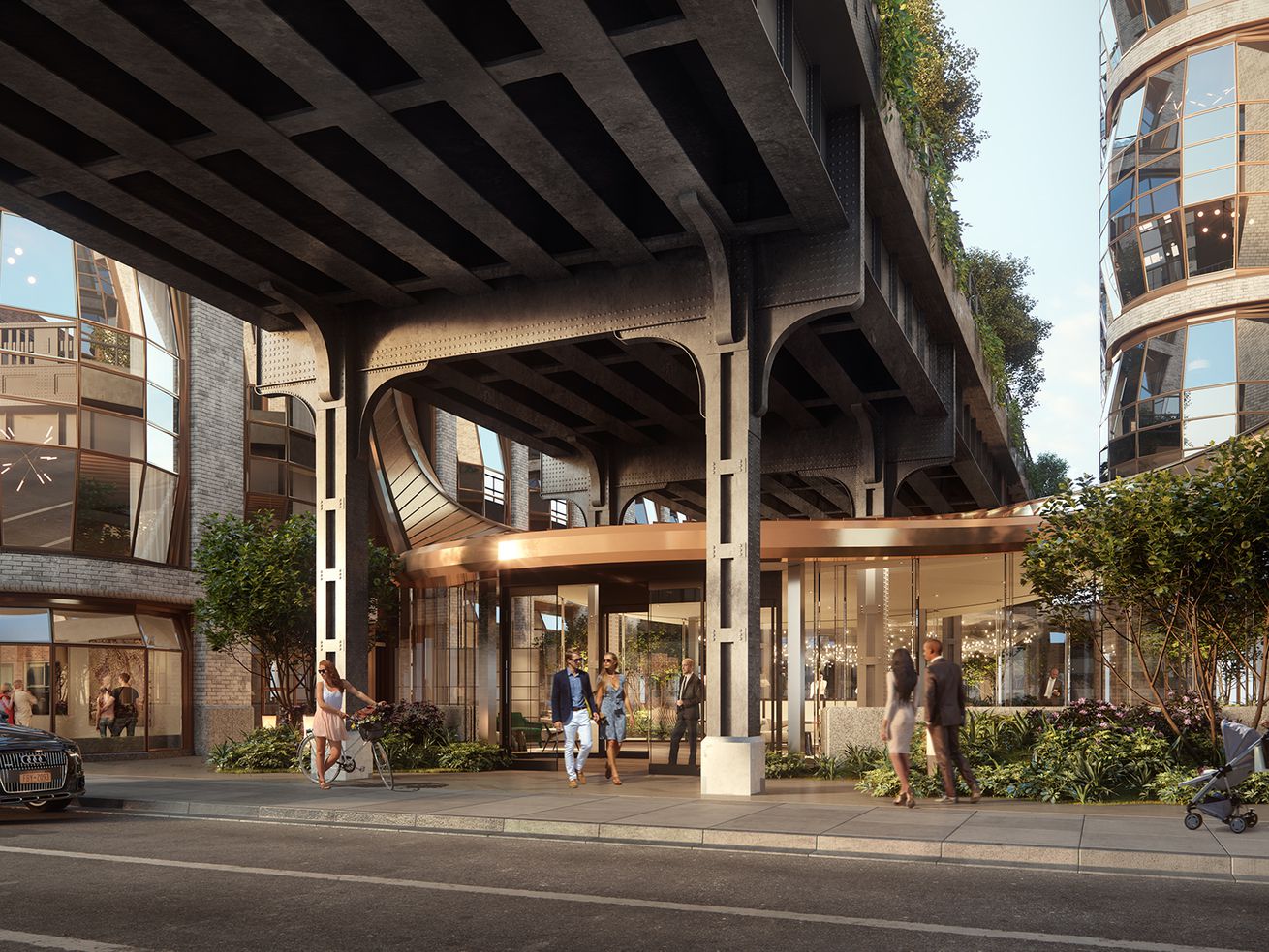 The 1,900-square-foot lobby will connect the project’s two towers underneath the High Line. | Courtesy of Related

The supports of the High Line are incorporated into the space

Heatherwick Studios has unveiled the sculptural lobby of its first residential building in the United States, the quirky Lantern House that rises on either side of the High Line at 515 West 18th Street.

The fresh looks at the building’s lobby are among the first peeks into the building, which is set to launch sales from $1.7 million in early 2020. While visuals of a lobby may sound none too exciting, leave it to Thomas Heatherwick to make the reveal enticing.

“As the High Line’s amazing riveted steel structure goes straight through the middle of our site, we knew we mustn’t miss the chance to borrow all its texture and character to make an idiosyncratic arrival experience for the building’s residents,” Heatherwick said. “To not compete with the soulful materiality of this historic piece of infrastructure, we designed a lobby that barely touches it and is slung from the east building to the west, with a roof structure that gently drapes, like a piece of textile.”

The 1,900-square-foot lobby incorporates the legs of the High Line, around which the ceiling gently drapes in a way that’s not dissimilar to a circus tent. A glass curtain wall that curves from 10 to 25 feet in height frames the lobby’s main reception desk, the center point between the project’s 10-story east tower and 22-story west tower.

Lantern House, so named for its bulbous take on the bay windows that comprise a bulk of its facade, will have 181 condos in total. The project is a development of Related Companies, whose CEO, Stephen Ross, also worked with Heatherwick on Hudson Yards’s beehive-like staircase sculpture, Vessel.