In the News: New plans for 11 Hubert 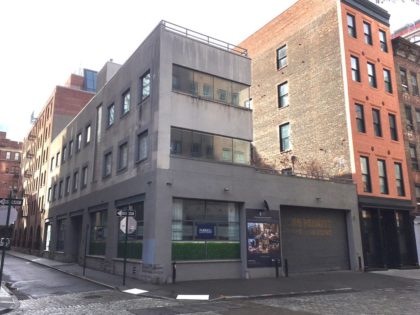 11 HUBERT MANSION GETS THUMBS DOWN
The Trib covered a CB1 Landmarks Committee meeting where the members rejected a proposal for a single-family home at 11 Hubert and Collister, calling it “cold and hostile.” The building is being designed by Seattle architect Eric Cobb, whose design is for a 17,000-square-foot and 70-foot-high building made largely of glass and granite. The site has had several owners since the late ‘80s, selling in 2008 for $9 million, then $15 million in 2014, and in 2018, for $20 million to the current owners. The building will go before the Landmarks Commission for approval on Dec. 3.

The last iteration of the site was designed by local architect Bill Bialosky and Maya Lin, and at 20,000 square feet, would have been the largest single family home in Manhattan. Not sure if this one still holds the record… 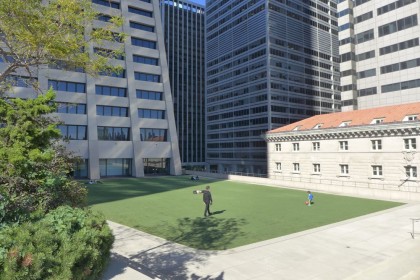 NY WATERWAY FERRIES RECEIVE VIOLATIONS
The Post reports that 23 NY Waterway ferries were taken out of commission for safety violations, but NY Waterway also claimed that the violations were minor and the boats would be back in action as soon as they could be reinspected. Earlier in November, the Coast Guard first grounded nine boats, but those were returned to the fleet after quick repairs.

45 PARK PLACE UPDATE
New York YIMBY has a status report on 45 Park Place, the 43-story reinforced concrete superstructure that topped out at 667 feet. The neighboring 51 Park Place, with the Islamic cultural center, has yet to break ground.