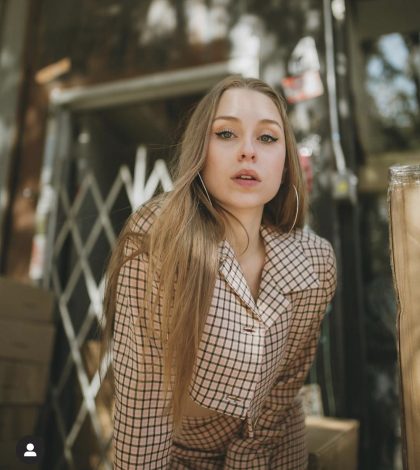 Leyla Blue Aroch counts the women of Tribeca as her inspiration – the role models who proved that she could be what she wanted to be. That’s part of the reason she is where she is now, at age 20, having just signed a recording contract with Island Records. It’s why she could convince her parents at age 15 to let her devote most of her time to singing rather than school, and it’s why, she says, she was able to take a leave from NYU’s prestigious Clive Davis Institute of Recorded Music and know she could go it on her own.

“In Tribeca there are so many bad-ass moms, so many bad-ass women as entrepreneurs,” said Leyla, who’s taken the stage name Leyla Blue. “It’s so amazing to grow up like that. It makes all the difference.”

At age 13, she started locking herself in her bedroom to sing and write, so her parents got her singing lessons. She did two years at Beacon high school, but there, she said, it was hard to be anything but a student. “I felt too strongly that this is what I wanted to do to put it off.” It took some work, but she convinced her parents to enroll her at the private Professional Children’s School, which allows kids to fit academics around their professional commitments.

“Talking it out now, it makes no sense, but I somehow proved to them that I was extremely serious.” (It may help that her parents are also professional artists, both photographers: Anna Palma and Guy Aroch.) “They understood that it’s all a risk to be a creative but I took that risk seriously.”

I am sure Leyla is not the first artist to say that the art saved her, but as a teenager, it seems the struggle was even more acute. Her own mental health issues led her to start therapy at a young age, but it was music, she said, that “always made me feel like I wasn’t crazy.” Her songs come from that place of – excuse the overused phrase, but it fits – authenticity. She actually writes about stuff she knows – it’s her stories she’s telling. Case in point: her first EP, released just before Thanksgiving, is called “Songs for Boys That Didn’t Text Me Back.” 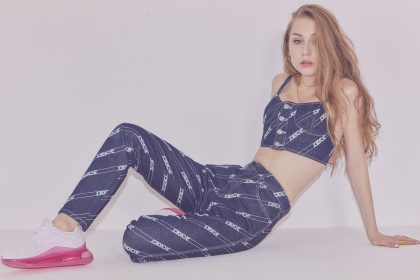 “I’m not trying to claim that my issues are so grand – it’s just my stuff,” she said. “The title is pathetic, but everybody feels that way sometime.”

The message she said she is trying to send is this: “Embrace your sad bitch and you become a bad bitch.” Or, if you ask me, maybe because I am old and still think ‘bitch’ is a bad word, it is better put by Leyla this way: “I don’t regret any of my problems because they made me who I am and gave me purpose. Own the shit you’ve been through. Confidence that is not tested is not real.” Amen.

Video of the Week: The Tranquility of Camelot in Queensland, Australia

The Trib at 25: Looking back on two and a half decades of covering Tribeca

In Chelsea, a remnant of NYC’s industrial past will get a revamp