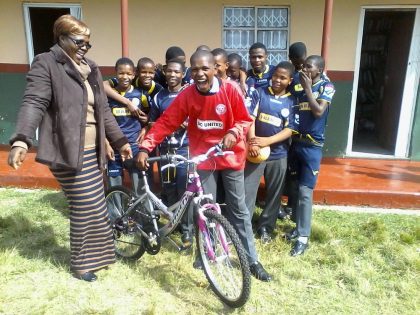 DROP OFF YOUR JERSEYS TODAY
The Downtown Soccer League is collecting jerseys and soccer shoes as part of its annual effort with the US African Children’s Fellowship to send gear to several African countries. The last chance to drop off is today at PS 234 before 3 in the lobby. The big sorting operation will take place there today from 3 to 5. (Check out the jersey of the kid above, who won a bike as part of a soccer tournament.)

TWO EXHIBITIONS ON THE CHINESE IN AMERICA
Now through March 22, the Museum of Chinese in America will show two comprehensive exhibitions highlighting the critical pillars of research and work conducted across the U.S. to preserve Chinese immigrant contributions and communities to the American narrative. “Gathering: Collecting and Documenting Chinese American History” brings together, for the first time ever, historical artifacts from 28 Chinese American museums, historical societies and institutions across the U.S.

“The Chinese Helped Build The Railroad – The Railroad Helped Build America” presents the collective journeys of over 12,000 Chinese laborers who were instrumental in building and connecting the Transcontinental Railroad and the resulting backlash against them once their contribution was completed in 1869. “This year marks the 150th anniversary of an ill-recognized milestone in U.S. history: the completion of the Transcontinental Railroad, the associated omission of that accomplishment in U.S. history, and the neglected acknowledgment of early Chinese immigrants who worked, sacrificed, and died to make it happen,” said Nancy Yao Maasbach, president of the museum. “By creating a collective voice and bringing together historical museums, societies, and projects from all points in America, MOCA quickens the pace to help redefine Americans’ understanding of U.S. history.” The museum is at 215 Centre St. 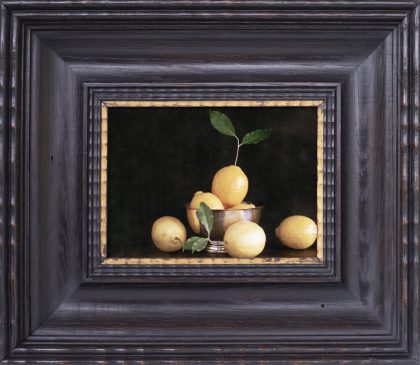 JEFFERSON HAYMAN AT STEVEN AMEDEE GALLERY
The photographs of Jefferson Hayman will be on view at Steven Amedee Gallery through Jan. 4. Each photograph is handcrafted as a silver gelatin, platinum or pigment print, capturing a refined interplay of light and shadow. Titled New Amsterdam, the exhibit will focus in part on Dutch-inspired still lives as well as images of the once Dutch colony of New York City. Finished prints are paired with antique or artist-made frames or custom designed Dutch ripple frames hand-made by Jerry Kurian in collaboration with the artist. The gallery is at 41 N. Moore.

For $2.1M, a detached Ditmas Park charmer with a front porch

NYC Ferry held back data on its well-to-do ridership